online payment transaction fee will be charged by payment gateway :

Terms & Conditions
OK
We sincerely thank you for trusting us.
Please wait while we are redirecting...
Thank you for submitting your details.
We will get in touch with you shortly.
Home > Home Loan > Home Loan Schemes > I want to transfer my existing loan

OUR HOME LOANS ARE FOR EVERYONE

When it comes to Homes Loans nothing can stop Fedfina from bringing smiles to all faces as our home loans are for everyone. 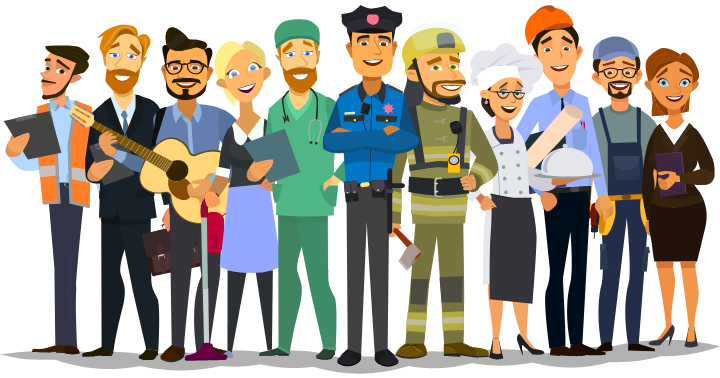 There’s something for everyone and we cater to all classes of the society.

LET US HELP YOU

We are a bunch of smart people working to make loan processing faster for you. If you need any help, our Loan experts are just a call away to solve your queries.

Let Us Call You 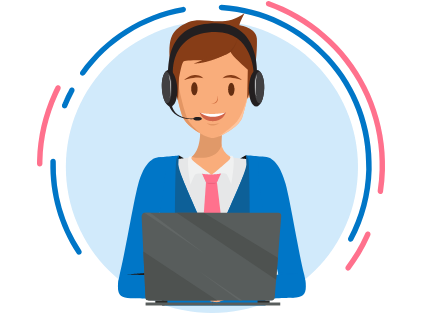 Calculate your Home Loan plan in three simple steps with our two unique features: EMI calculator or How much can I borrow?

Note: Calculators are only for representative purpose only

GET A HOME LOAN FOR BALANCE TRANSFER IN THREE STEPS

SIMPLE STEPS TO EASE YOUR WORRIES

Request for a loan

Ready to get going with these simple documentation process

Your Home Loan can give you these Tax benefits

Millennials these days are on a Home Loan hunt striving to get the best offer with a better interest rate and a reasonable deal. But did you know there’s more to just interest rate and other charges? What if we tell that there are several Tax benefits that you can take advantage of? A person with a home loan gets Income Tax benefits under multiple sections like Section 80 EEA Section 24 and Section 80C. These sections can provide benefits of up to Rs. 5 lakh. Let us explain to you these Tax benefit sections: Section 80 EEA This also offers an Income Tax advantage for first time home buyers of up to Rs. 1.5 lakh. The condition here is that the stamp duty value of the residential property should be up to Rs. 45 lakh only. And the ten... Read More 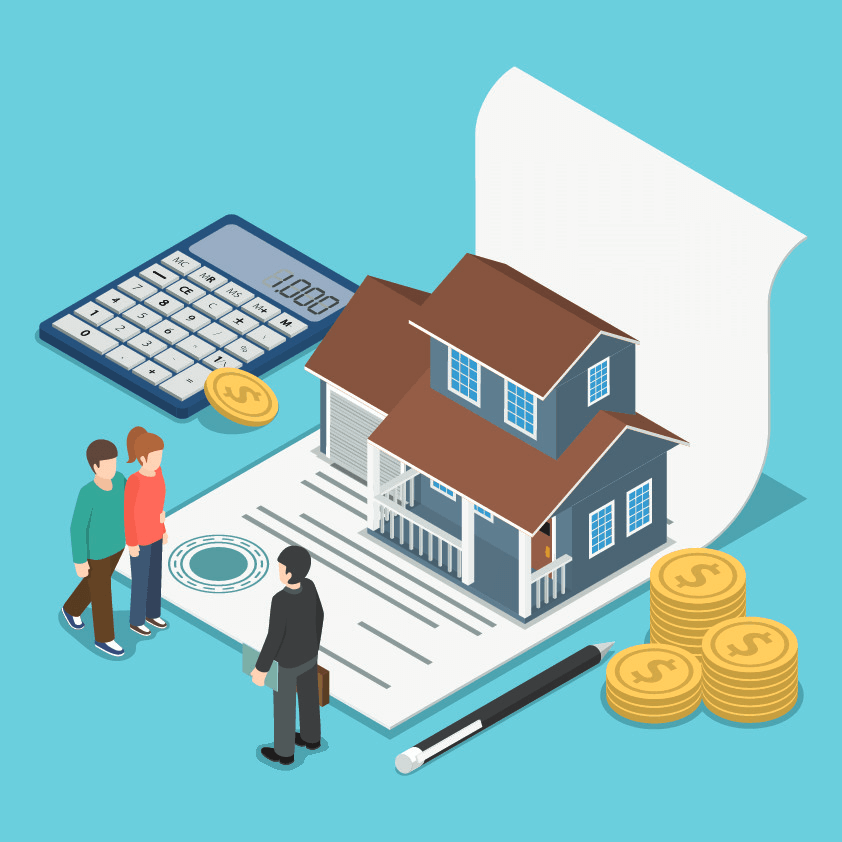 When one is looking for or applying for a Home Loan there’s often confusion between the two types ...Read More 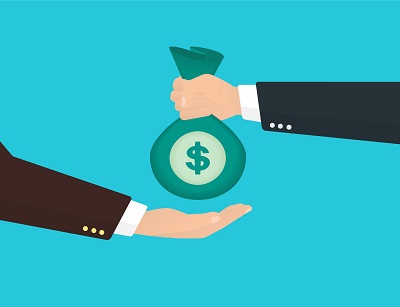 What is the difference between home loan & loan against property?

Are we helpful?
Thank you for your appreciation
How do I apply for a loan?

The procedure to avail a Home Loan is quite simple – You need to call us or fill up the form with us, We will call you & take the essential financial & personal details required for the loan like Age, Net salary, Designation, Employer details, Total experience, Current experience, Period of stay in the city, the Current Residence & Details of all obligations being serviced. Also we would need the Property details like Type of Purchase, Location of the property, Built-up area, Rate per square feet, Agreement Value, Occupation certificate & so on. We will then revert you with the quotation of the lenders who would sanction the loan & also suggest the best lender suiting your needs, the final decision for which lender to go with lies with you. We would then inform you the List of Documents needed to apply for the loan, once the said documents are ready same would be picked up, the form signed & filled up, then the case would be logged in with the bank.

Are we helpful?
Thank you for your appreciation
How do I know about my eligibility for a home loan?

Are we helpful?
Thank you for your appreciation
Can the co-applicant's income get included when banks calculate my eligibility?

Yes! The banks also include the co-applicants income to determine the eligibility. The eligibility is based on the years remaining for retirement & the income. The banks readily include Spouse & parents income. Some financers also add the income of brothers & other closed relatives. This has to be categorically clarified with the lender as this is not a norm. It would also be advisable to clarify if the daughters [married / unmarried] income is clubbed with their parents as this is also an exception.

Are we helpful?
Thank you for your appreciation
How long will it take for the financial institution to approve my loan?

Most of the Lenders sanction Home Loan for salaried customer in 7 working days; for Business persons the time taken for sanctioning a case can be longer as various calculations are involved & there is also "Personal Discussion" done at the place of customer work.

Are we helpful?
Thank you for your appreciation

Is tax benefit applicable on the processing fee paid for the home loan?

The Income Tax Act, 1961 states that one can avail tax benefit under 3 sections for home loan 1. Section 80 (c) 2. Section 24(b) 3. Section 2(28A) 1. Section 80(c) - In this section the EMI component paid towards repayment of principal amount of the loan can be deducted from income. The borrower is eligible for a tax deduction for a maximum amount of Rs. 1L each year under section 80(c) irrespective of the tax bracket. To avail this deduction the property needs to be self-occupied. 2. Section 24(b) - The interest paid towards home loan is treated as an 'expense' under 'Income from house property' and is deductible under Section 24(b) from the total income. The maximum deduction permitted under this section is Rs.1.5L per annum. 3. Section 2(28A) - Processing fee can be treated as interest and a deduction can be claimed according to Section 2(28A) of the I-Tax Act

Are we helpful?
Thank you for your appreciation
Can the amount of loan be increased or decreased even after it has been sanctioned?

Yes!! The bank would disburse only the amount needed if it is lower than the sanction amount. Lower amount will be disbursed if sanctioned amount exceeds the property LTV norms Can the loan amount be increased after sanction? No! To increase the loan amount one needs to submit latest financial documents. Enhanced Fresh eligibility is then decided based on the increased income. This is called a revalidation.

Are we helpful?
Thank you for your appreciation
Can the property be sold, even when the home loan is outstanding?

If you have Home Loan which is active & you plan to sell your home, this is possible. Here you can pay the outstanding loan amount & clear the loan or ask the buyer to do Balance Transfer of the Loan. Balance Transfer procedure is explained in detail in the following answer.

Are we helpful?
Thank you for your appreciation
What is home loan balance transfer? What is its procedure?

Payment of the outstanding amount by the buyers bank to the sellers bank is known as seller's Balance Transfer.

Are we helpful?
Thank you for your appreciation
Can a fixed rate loan be converted to a floating rate loan and vice versa?

Yes! This is called switching - from fixed to floating & vice versa. Firstly to switch the lender must have attractive fixed / floating rate options. Lenders charge switching charges. This clause is generally written the loan agreement which is signed before disbursement.

Are we helpful?
Thank you for your appreciation

I had always benefited by opting gold loan from Fedbank; there are different interest rates for loan amounts and staffs are helpful in counseling the right scheme that will benefit always beneficial. I had always received the maximum value for my gold . I am very happy with the staffs which made me to refer Fedbank to other customers.

The custom built schemes and lower rate of interest has made me opt for Fedbank gold loans .The staffs quick service and convenience is great when compared to other gold loan companies  I am very happy that Fedbank gold loans presence in Hassan region.

I had transferred my gold loans kept at higher rate of interest to Fedbank when I came to know about their loan transfer facility at lower interest rate. I am happy with Fedbank service and associated with them for that last 5 months.

We are delighted to inform you that we are extremely happy with your services on processing 30 lacs Business Loan at Fedbank in December 2019. It has been quite some time that we have been dealing with you and your work culture and professional ethics represent some of the best business in the industry. We value your sincerity, honesty and promptness in problem solving solutions. We definitely wish to continue this association in the long run.

Fedbank enabled me to take advantage of an incredible opportunity to relocate and expand my business, at a pivotal time. The support I received from Fedfbank staff was priceless. Thank you Fedbank for having the faith in us to get us going!