online payment transaction fee will be charged by payment gateway :

Terms & Conditions
OK
We sincerely thank you for trusting us.
Please wait while we are redirecting...
Thank You for Submiting details.
We will get in touch with you
Home > Blog & Articles > From buying to pledging!! Decoding the journey from Gold to Gold Loan

From buying to pledging!! Decoding the journey from Gold to Gold Loan 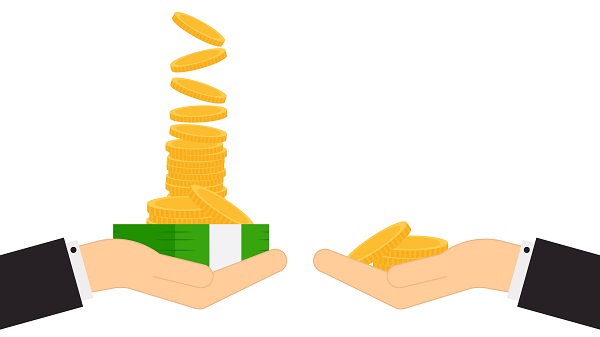 Gold is a fascinating shiny yellow metal that does not rust or decay. Gold has been attracting humans ever since History began.  If we look back in History since the beginning of recorded time, Empires were built and destroyed over this beautiful metal and its mercantilism.  But why is it so precious?   The answer lies in the fact that as societies developed, gold has been accepted universally as a form of payment and used for the barter system.  In short, History has given gold the power that has surpassed any other commodity in the planet.  From a fundamental perspective, Gold is viewed as a favourable hedge against inflation.

Many nation’s monitory system was based on gold standards until the shift had happened.  The main problem and advantage with gold is that, unlike other commodities such as oil, rice or wheat, it does not get used up or consumed directly; once gold is mined it stays forever.

Gold, on the other hand has turned into valuable jewellery and is kept in vaults.   As it can’t be consumed, but kept permanently, it is viewed as an investment tool too.

Gold in India is not seen merely as only metal but is associated with emotions, sentiments and esteems of the families. We Indians consider it as our standard of living.

Gold for us has become a necessary item rather than a mere metal from age old and we all have been living on the same emotions.  For every occasions, festivals and events the first thought that comes to our minds, irrespective of affordability is gold. We consider that ‘Praan jaye magar Gold na jaaye’

This being the reason, Gold has a lot of demand in India and consumes a large portion of it compared to any other nations.

The shift in thinking:

As we have been considering the metal as a tool of emotions, to sell or to pledge was a sin earlier.  Fortunately, there is a shift in thinking now towards the gold.  People especially younger generations are pursuing it as an investment tool.  This paradigm shift of utilizing for quick needs has resulted in emerging pawnbrokers earlier.

The gold or gold ornaments are kept with the pawnbrokers and money can be taken for the needs paying hefty interest charges. But then it was risky as the rate of interest was (and is) very high and the safety of the ornaments was a big concern which has resulted in the origination of Gold Loan financing in an organized way especially from Southern part of the country.

Indeed the organized sector in India now has become so huge that large employment is generated and a large section of people are getting benefited with.

The organized sector now in India is increasing a multi fold as people are realizing the advantages over these pawnbrokers.   The demand is clearly visible as organizations are starting their expansions into newer zones and serving every nook and corner.  The role of this sector is so significant in our nation building exercise and guiding and shaping our economic policies.  It is a kind of revolution in terms of impeccable service in financing the needy at doorsteps, online facility and flexibility in payment ways and methods.

It is also important to the staff to do the need based selling and to give a proper guidance from time to time. To know about Gold Loan, visit Fedfina.

Get a loan quote